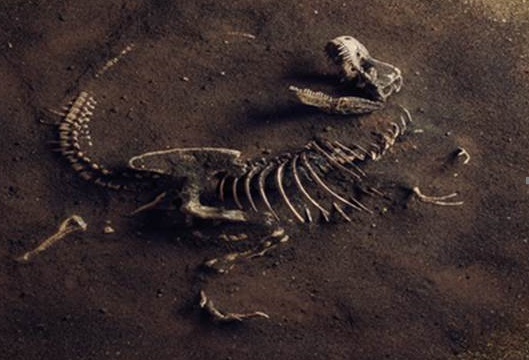 Forced to Work from home has given me an opportunity to connect more with my twin boys. For me its truly fascinating journey to see a human being evolve in front of my eyes. Amongst many other activities, we spend some time together listening to rhymes that talk about family, friends, colors, activities, etiquettes and importantly animals. Amongst the old and new rhymes comprising animal participation my favorite one is “10 T-Rexes in the gym” (Possibly the cutest imagination of one of the most ferocious carnivore). The rhymes is all about how some dinosaurs are exercising and one of them ends up spoiling it for all of them. Most of us don’t realise but many nursery rhymes are loaded with context if one were to deeply analyse them. This particular rhyme probably has no context, but it got me thinking on how our situation as a humanity is not too different from what happened to the dinosaurs 65 million years ago.

At first, it didn’t seem that it could affect anybody except for some people with exotic tastes. But overtime, it made hops across districts, towns, states, countries, continents to continents, countries, states, towns, districts and people. It may be worthwhile to study the origins of it from scientific purposes and it may, hopefully, lead to some breakthrough on how it could be avoided in future. We hear that a vaccine is on the anvil as well. But could it perhaps, even from a conjecture perspective, not have occurred to invite the elephant in the room to the dinner table. While we feasted on our ignorance, the elephant was getting hungrier and angrier.

With all due respect to the “Loxodonta”, the idea of the metaphor is not to demean any species. The metaphor is not only being used from the perspective of its enormity and obviousness but also the rampage the angry beast can cause. While humanity’s evolution was based on progress, we have spent the last 100 years procrastinating. Procrastinating about things that really mattered – agriculture, health, education, environment, discrimination and income disparity. All these have come to roost now where we now pin the entire blame on the pandemic than our own laxity.

The pandemic just gave that little nudge to expose our self created vulnerabilities. And surprisingly the situation is similar across nations. Broken healthcare system, inadequate food delivery mechanisms, insufficient education infrastructure, lack of minimum source of livelihood are just some of the headline challenges. We have built a world system based on an order of privilege leaving almost all of humanity at the mercy of fate. What we didn’t realise or anticipate that the ultimate world order is decided by mother nature and she brought all of us down to the least common denominator – survival of the species.

I think somewhere we all have to realise that we can no longer live in silos and have an ostrich mentality to the challenges I enumerated above. For all its flaws, Communism did have some basis on “income redistribution” and for all its perceived benefits, Capitalism rooted in the theory of “survival of the fittest” doesn’t bode well for humanity. We must use this opportunity to evolve a new economic system that truly focuses on triple bottom line of profits, impact and environment. This means we have to seriously redirect our efforts and resources towards building a more equitable society. Nations must put aside their differences and identify the UN SDG as new fronts of confrontation. Governments must rebalance budgetary allocations to ensure significant double digit percentages being allocated to social sectors and create an enabling environment for private capital to flow in. Institutions must set aside achievable goals in the sphere of impact where they put in both financial and human capital to the most effective use. Communities should start looking at micro solutions and create sustainable living conditions that acknowledges mutual respect for both people and environment. Most importantly individuals must imbibe the value of collective, peaceful and sustainable co-existence.

Else, we have to resign ourselves to extinction and millions of years later as our fossils are excavated and our brain to body mass ratios are compared, it will be the dinosaurs who will have the last laugh.